I reported at Search Engine Roundtable about a WebmasterWorld thread that notes how Google has paid out over $1 billion to publishers for the first time. The amount — $1.13 billion to be exact — was paid out in the first quarter of 2007. That’s up from $976 million from the previous quarter. The figures […]

I reported at Search Engine Roundtable about a WebmasterWorld thread that notes how Google has paid out over $1 billion to publishers for the first time.

Here is a chart illustrating how payment to publishers has grown. The red line represents the Google pay-outs to publishers, while the blue line is the revenue earned by Google: 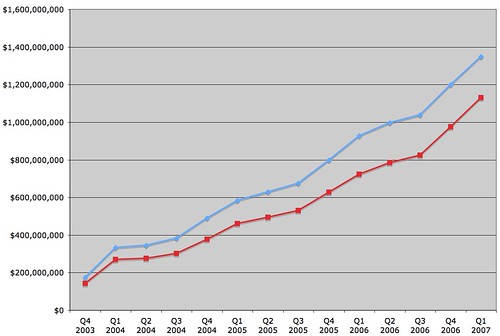 Not only did Google break the $1 billion mark, but Google is now also sharing the highest percentage of revenues with network sites than ever before. Here is a chart of that: 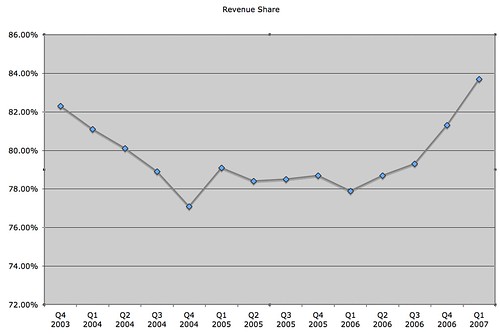 Your privacy means the world to us. We share your personal information only when you give us explicit permission to do so, and confirm we have your permission each time. Learn more by viewing our privacy policy.Ok
seo news news news seo news seo seo Medicine seo
Houston SEO