Gpay: Google To Enable Payments On Mobile Devices Via SMS?

Friday, a Google patent application filing named Text message payment was posted at the US Patent & Trademark Office site. The patent described how “GPay” can be used to make payment via text messages.

An example of how Gpay can be used includes mostly offline scenarios such as paying for items in vending machines or paying simple offline retailers.

Here is an image from the patent that shows a method of paying over your phone: 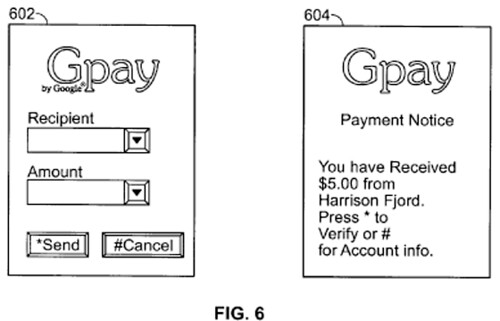 There is a lot of coverage on this new patent application, along with a lot of speculating as to what it might mean to the future of paying for offline items. Other coverage can be found at SEO By The Sea, TechCrunch, SEOptimise, Into Mobile and Techmeme.