Google Earth is constantly obtaining new satellite images and updating their old ones. The Google Earth Blog stays on top of most these updates and has notified us of a recent update where Google has added more detailed imagery of Spain.

The Google Earth Blog reports the imagery update covers the eastern edge of Spain, including Barcelona. The update includes these towns in Spain: Valladolid, Leon, Burgos, Avila, Segovia, Salamanca, Andalucia, and Cataluña. Frank Taylor of the Google Earth Blog says that with one update comes others, and he is asking his readers to notify him if they notice any other updates.

Below is a picture from Google Earth of the Plaça d’Espanya in Barcelona, Spain: 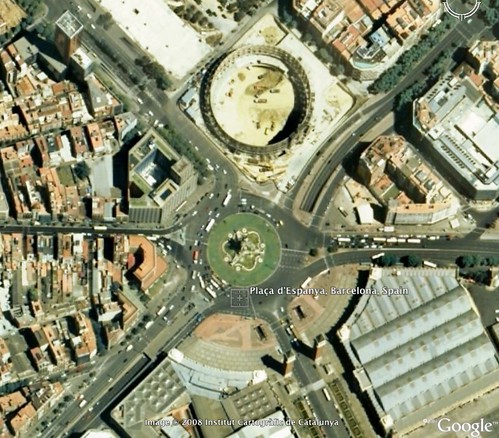 Postscript: The Google LatLong blog posts an official statement with the first image update of 2008.

Barry Schwartz
Barry Schwartz a Contributing Editor to Search Engine Land and a member of the programming team for SMX events. He owns RustyBrick, a NY based web consulting firm. He also runs Search Engine Roundtable, a popular search blog on very advanced SEM topics. Barry can be followed on Twitter here.

Benchmark Your Social Media Performance For a Competitive Edge

How to use AI to make your PR more human

The State of Influencer Pricing

How to Measure Influencer Performance